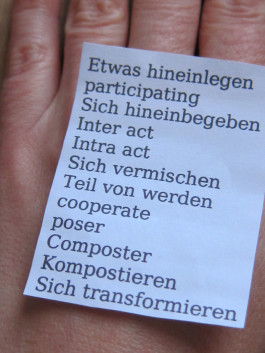 In my collective works, I explore artistic practice that can function beyond a specific target group as a practice of social inclusion and mutual contact. By including physical experiences and individual perspectives, knowledge intertwines in multi-layered, dialogical forms.

I have been working with the collective Lauratibor since 2021. The collective came together to musically translate their struggle for their city Berlin as a real-life fairy tale in the form of a loud demonstration. Between 2014 and 2020 I collaborated with artist Ulrike Bernard under the name Polyphrenic Creatures. As artist duo we initiated narrative and auditory installations, sound collages and performative gestures that foster dialogue and listening as a social space. Between 2015 and 2018, in collaboration with different participants, I initiated a mobile sewing workshop that was set up in different places and functioned as a place of learning and experience of artistic expression, empowerment and a place of cross-cultural listening. 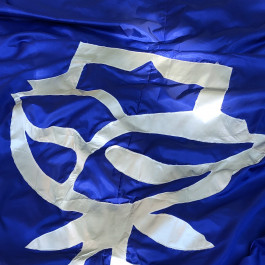 The opera project Wem gehört Lauratibor? by the Kollektiv Lauratibor regards itself as a form of activism: It emerged from a collaboration between long-standing organised residents, businesses and initiatives in the Reichenberger neighbourhood in Berlin. It tells the stories of displacement and resistance, processing them into a vocal protest against gentrification and the sell-out of the city of Berlin. Emerging from the long-running protest movements of the Lause Bleibt and Ratibor14 initiatives, an ensemble of three choirs, 20 soloists, a protest orchestra and many other participants came together to musically translate their struggle for their city as a real-life fairy tale in the form of a loud demonstration. The street opera was performed in June 2021 in Berlin on Reichenberger Straße and Mariannenplatz, and in August in Odense and at the Copenhagen Opera Festival in Denmark.

For the opera Bergit Fassel, Marie Perglerova and me developed the costumes in a collaborative and common process with all participants. More infos to the project can be found here 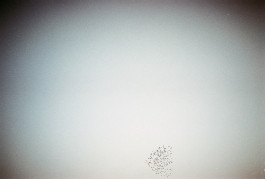 In Hohenlockstedt, a small community in Schleswig-Holstein, neighbours came together at the Arthur Boskamp Foundation in 2020 for a series of storytelling cafés. The central question was: How do we want to live together? In collaboration with Ulrike Bernard, as artist duo Polyphrenic Creatures, we accompanied these conversations for one year. Due to the Covid-19 pandemic, almost all events had to take place digitally. Due to these conditions, Polyphrenic Creatures began a letter mail correspondence with residents and activists from the region. The project, originally conceived as a performance, was reworked into two sound collages that outline a social space of human relations and interactions. The statements, moods, ideas from the conversations and correspondence are interwoven in multiple linguistic layers that dynamically unite the physical experience and collective exploration of local and alternative knowledge production. The sound collages do not serve to capture a result, but rather to offer the possibility of developing new perspectives, creating points of contact for being with each other and sensing impulses for participation and individual proactivity.

More infos to the project Holo Miteinander ( a project for a solidarity community in Hohenlockstedt) can be found here.

an audio excerpt can be found here. / The recording of the opening evening at Haus der Kulturen der Welt can be found in the media library of HKW. 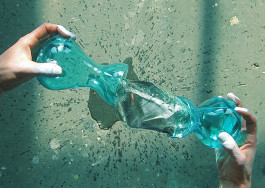 Pop Intratausch is a site-specific project by Ulrike Bernard and me as artist duo Polyphrenic Creatures that was realised in 2018 as part of the VORBRENNER programme (BRUX/Freies Theater Innsbruck) and the Premierentage in Innsbruck. A closed down kiosk in the centre of the city was temporarily repurposed and transformed from a former place of consumption into a narrative space for experimental exchange. Conceived as an immersive situation, Pop Intratausch unfolded over two days, reflecting different dialogical and interactive forms of coexistence and possible spaces of dissent. In this work, Polyphrenic Creatures propose listening as an active form of agency that is understood as a radical act of immediate power shifting. In the collectively practiced acts of sensing, perceiving, speaking, sharing and tasting, possibilities for the transformation of internalised knowledge emerge. The former kiosk thus becomes the starting point for intra-acting conversations in the space, which are reflected in different sound collages.

more infos and audio excerpt can be found here.

Cultures, traditions, fashion and politics are interwoven in clothing; clothing connects and separates. Like a language, it forms a social fabric that can express affiliations, one’s view on others and oneself. By making clothes our own, actively designing, changing, adapting or expanding them, they become the material for personal narratives and can be experienced as a space of possibility. Between 2015 and 2018, I initiated a mobile sewing workshop for young women and girls in different contexts. With different focal points, they were able to design their own clothes. The sewing workshop can be described as a mobile medium that, like a textile, is constantly deforming, changing, adapting and functions as a place of learning and experience of artistic expression, empowerment and a place of cross-cultural listening.

In 2015-2016, the mobile sewing workshop Klamottenfactory (in cooperation with Susanne Göldner) was set up for young refugee girls in an emergency shelter in Straßburgerstraße and afterwards in a community centre on Teutoburger Platz in Berlin. It was aimed at refugee girls between the ages of 10 and 13 who lived with their families in the emergency accommodation. Additional workshops took place during the holidays with the aim of expanding the sewing workshop into a cross-cultural meeting place for girls from the neighbourhood. In 2016-2017, I set up the sewing workshop with socially disadvantaged schoolgirls in the Alfred Nobel School in Berlin Neukölln and in 2018 in a youth accommodation housing unaccompanied refugee girls in Berlin-Charlottenburg. Afterwards, the sewing workshop was permanently installed in the home so that the residents could use it beyond the duration of the project. 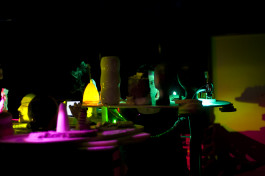 Combining ritual and rhythm with elements of performance, installation, music and radio, Ulrike Bernard and me as artist duo Polyphrenic Creatures developed the visual-auditory immersive experience Softsonic GG, which was shown at District * Schule ohne Zentrum in Berlin in 2017. In the live audio drama, 5 performers and two talking objects tell a fantastic story about disembodied and transcendental forms of perception and touch in polyphonic rhythms of speech and song. Human and digital memory have merged into a spongy lump; a meta-individual in the shape of a multi-headed being, from which associative bodies emerge as flickering carriers of a sensation of present time. As soon as they gain a distinguishable outline, they liquefy again, offering the audience no precise sense of location.

more infos and audio excerpt can be found here. 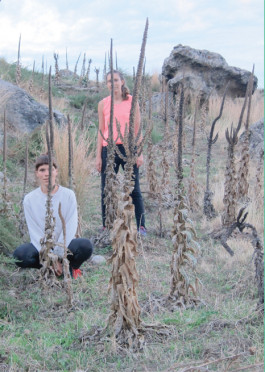 The audiovisual lecture performance Creatures in the mind nets was created in 2016 by rewriting a story from the 1950s by the American science fiction writer Philip K. Dick, "Pipers in the woods". In the story, a Pop-up Post-panopticist is commissioned by the Activity Tracker to search for the reason why more and more workers in the AmaZone labour complex are leaving their jobs on the grounds that they have become plants. The worker, who has grown out of the manure of the capitalist meritocracy, repots himself with the help of consciousness expansion and with the inclusion of his environment, and in the process discovers the possibilities of self-dung. In a situation of collective listening, the story was read aloud accompanied by visual projections and sound collages. Creatures in the mind nets by Polyphrenic Creatures was shown at different semi-public venues such as the Berlin wine bar Balera in 2016 and at Garden State, a communal garden installation (by Mamaza) at the Steirischer Herbst Festival in Graz in 2016.

more infos about the project can be found here. 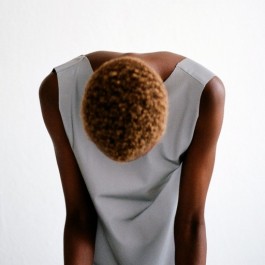 The 8-channel sound work pas dede ux is an auditory dance piece that I developed in 2013 in collaboration with the composer Julius Holz and the dancers Verena Kutschera and Ela Spalding. Here, dance can be experienced exclusively through its sound. The breathing of the dancers, the sounds of their movements and the sound of the touch of body and floor interweave with rotating sounds of air and water bodies. In a darkened space, the piece unfolds in a multi-layered tapestry of sound. Traces of possible bodies appear immediately as voices, yet remain volatile. The visual silence and the darkened space, in which even the audience's breathing begins to become part of the piece, creates a situation of indeterminacy – a permeable and shapeless space.

an audio excerpt can be found here.